The pie chart below illustrates that the employees who attended the training program were less likely to be absent from work due to sickness. This suggests that the staff training program is effective in combating upper limb injuries. Assuming that upper limb injuries constitute a significant proportion of the reasons why employees are absent from work, it can be concluded that those who do not take part in the training program generally sustain more injuries than those who do. This is further depicted by the histograms for the two sets of employees. 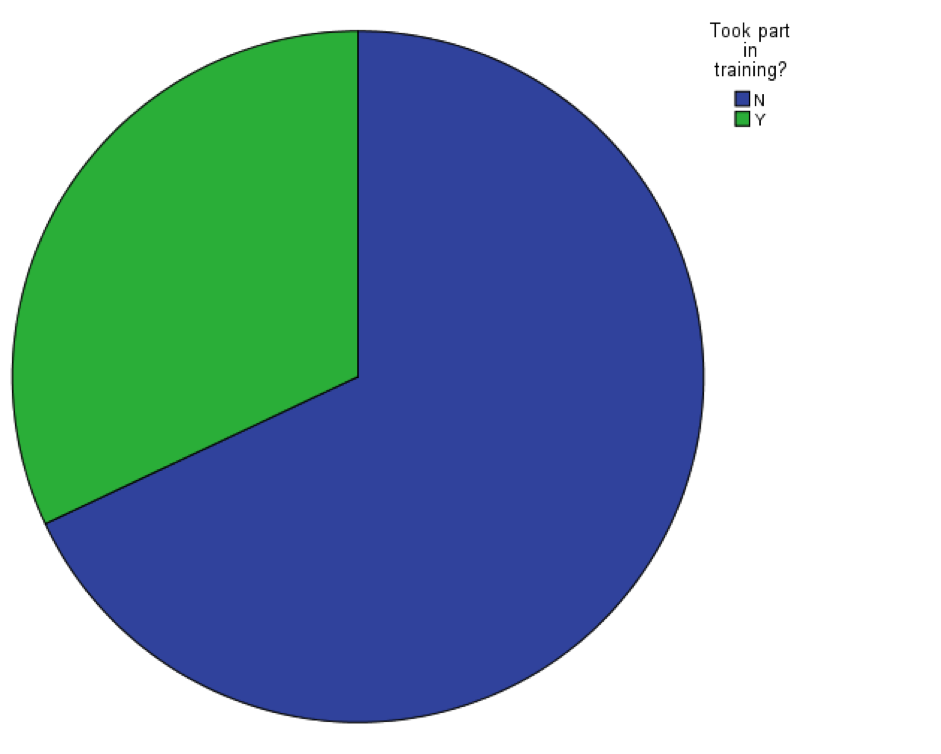 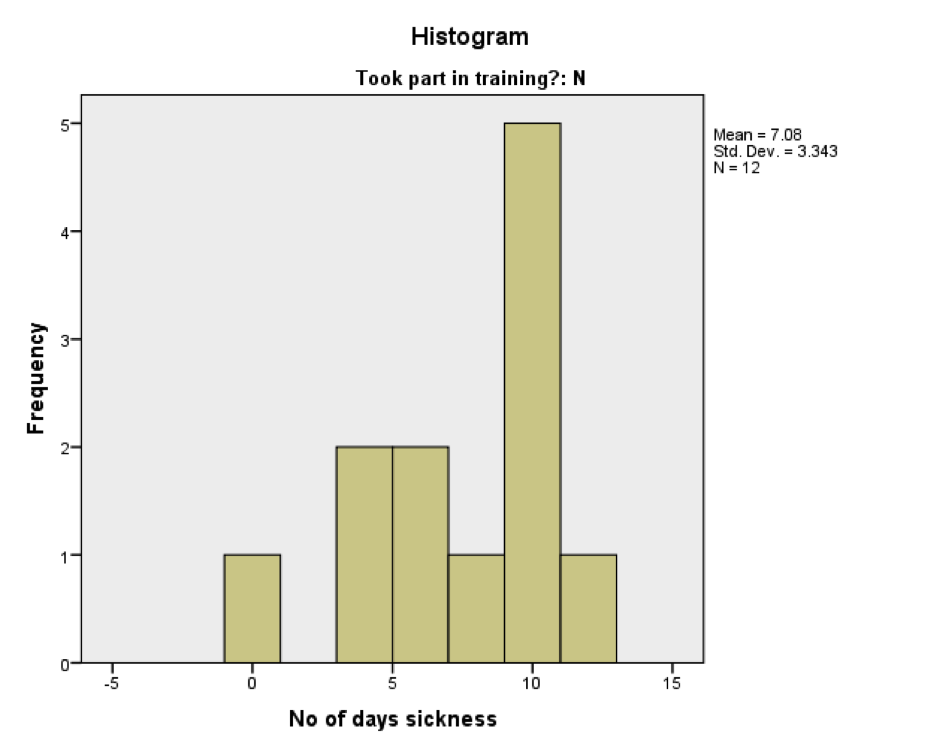 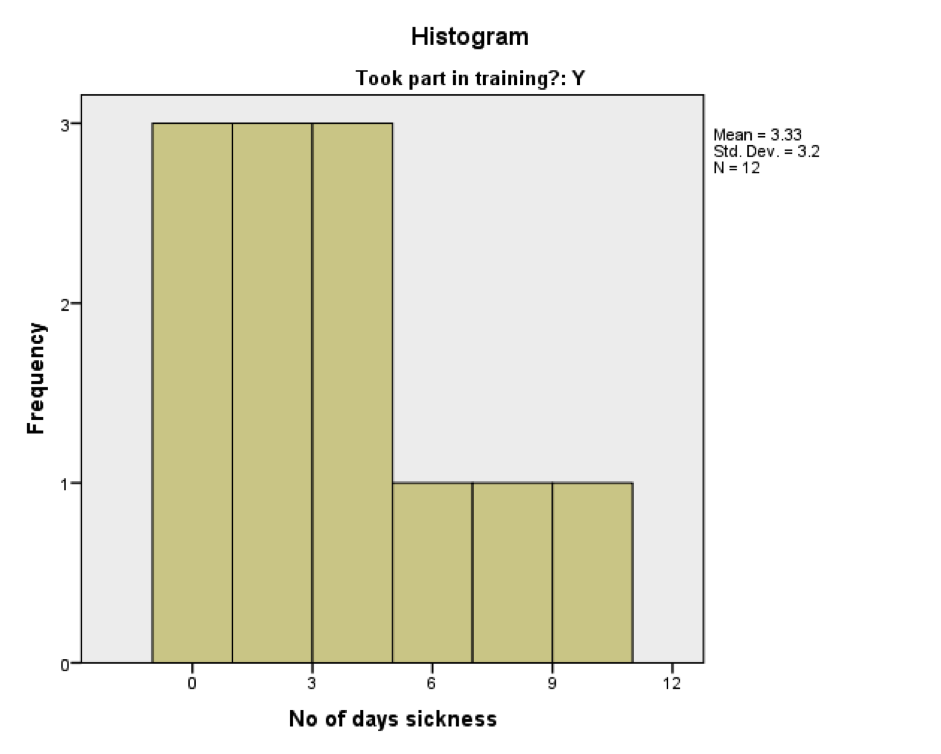 In order to determine whether women suffer from more repetitive strain injuries than men, the number of occupational health consultations and WRULDS problems that the employees have had in the last 12 months will be compared for the two groups. An independent samples T-test is suitable for establishing this relationship because it entails the comparison of two means. Independent samples are used because each ‘case’ or data row represents a different individual. The null hypothesis for both scenarios is that there is no difference between the two population means (), the null and alternative hypothesis for the first scenario can be expressed as follows:

: There is no difference between the number of occupational health consultations among men and women

: There is a difference between the number of occupational health consultations among men and women

Thanks for taking a look at our sample papers

Do you need any help with your assignment?

Our aim is to help you get the best grades for your Coursework.